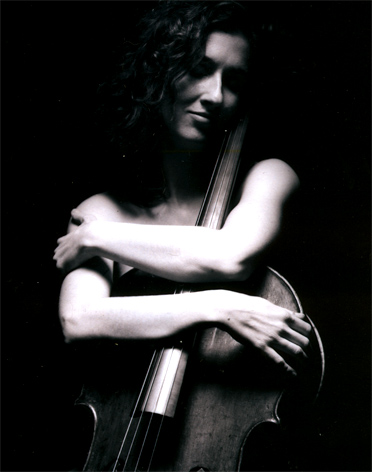 Leigh Stuart is a versatile cellist who thrives on performing music from a wide range of styles and genres. As a chamber musician, she has toured the U.S. extensively and performed at Alice Tully Hall, Carnegie Hall, the United Nations, the Library of Congress, the Philadelphia Chamber Music Society, Jazz at Lincoln Center, and countless others. She has recorded with Makoto Ozone and Paquito D’Rivera for the album Live and Let Live-Love for Japan, appeared with tap dancing virtuoso, Savion Glover, at the Spoleto Festival in Italy, songwriter, Sufjan Stevens, at the Brooklyn Academy of Music, and Jay-Z, Beyonce, and The Roots at Radio City Music Hall.

Leigh is a founding member of the boundary-breaking new music group, Fireworks Ensemble, described as “adventurous and ahead of the curve” by the Washington Post and “musically fearless” by Time-Out New York. With Fireworks Ensemble, Leigh has premiered over one hundred new works by emerging and established composers, including a commission by Pulitzer-prize winning composer, David Del Tredici. The ensemble will soon release an album of selected instrumental chamber rock pieces by Frank Zappa for Universal Music Enterprises.

A long-time member of Chamber Orchestra of New York, Leigh appears regularly at Carnegie’s Weill and Zankel Halls and has also recorded a number of albums for Naxos Records. She frequently performs with the Brooklyn Chamber Orchestra, and in the summer of 2020, the Unison Orchestra invited Leigh, along with musicians from major orchestras around the world (NY Phil, LA Phil, MET, Royal Opera House) to record remotely for Season 1 of HBO’s Lovecraft Country. They were the first virtual orchestra to record for an entire season of a television series. Leigh also enjoys playing for musical theater productions and has performed in Broadway’s revival of Miss Saigon, the acclaimed Off Broadway revival of Carmen Jones, and The New Group’s Cyrano, starring Peter Dinklage.

In addition, Leigh has recorded for Capital Records, Cuneiform, E1, Rough Trade, and for the soundtracks of the PBS documentary, No Job for a Woman (2011), and feature films, Festival of Lights (2010) and Heterosexuals (2010).  She also recorded Faure’s Elegy for an episode of the internationally broadcasted show, Law and Order: SVU and has since appeared as a cellist in Mozart In The Jungle, dramas on CBS, NBC, in a music video for British pop star, Lucie Silvas, and in the Warner Brothers film August Rush.

Originally from Southwestern Connecticut, Leigh began her cello studies at the age of nine. She received her bachelor’s degree from the Hartt School as a student of Steven Thomas and David Wells and her master’s degree from the Manhattan School of Music as a student of Julia Lichten and David Geber. A dedicated educator, Leigh was a teaching artist for Carnegie Hall’s Musical Connections and is a member of the instrumental music faculty at the Berkeley Carroll School in Brooklyn.